Connect with your staff outside your traditional work environment to develop closer bond.
Take them on an online trip in a live stream format.
More than 12 countries
to explore with your team

Connect with your staff outside your traditional work environment to develop closer bond.
Take them on an online trip in a live stream format.
How it works 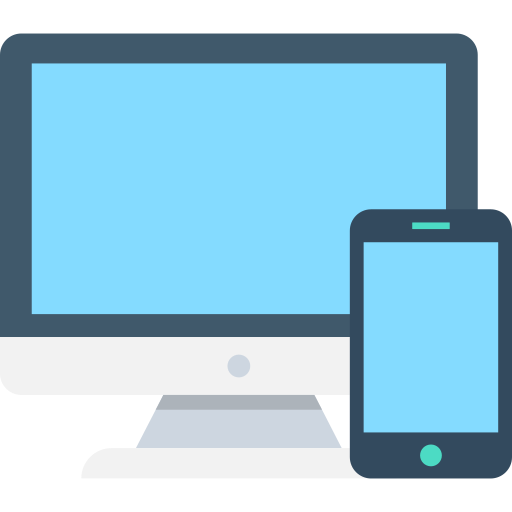 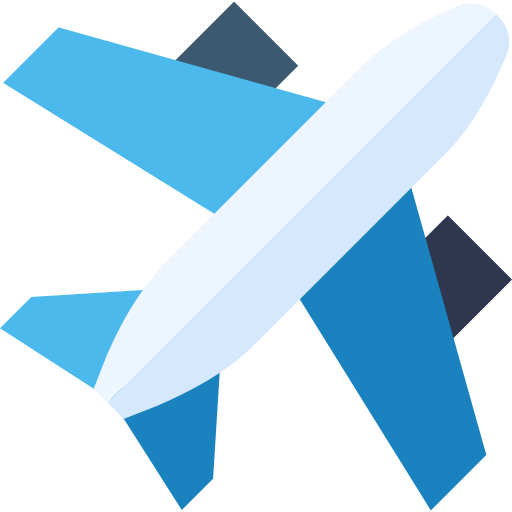 Participation is simple, just join
a Zoom call via an app or your browser using a laptop, tablet or phone.
Travel with a leading expert guide, knowledgeable about the fascinating history of all the available countries.
You can communicate with your guide throughout your tour. Join the conversation with others from around the world to answer all your burning questions. 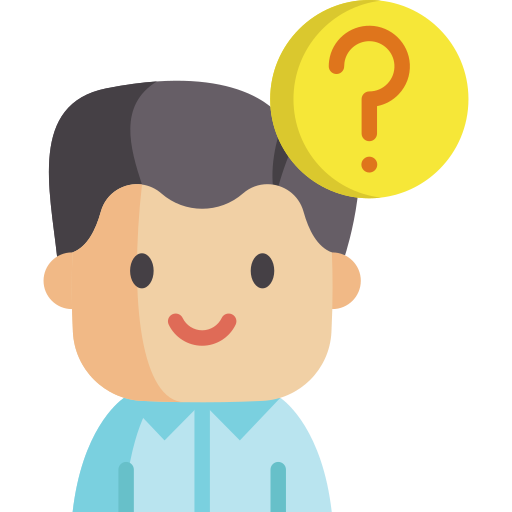 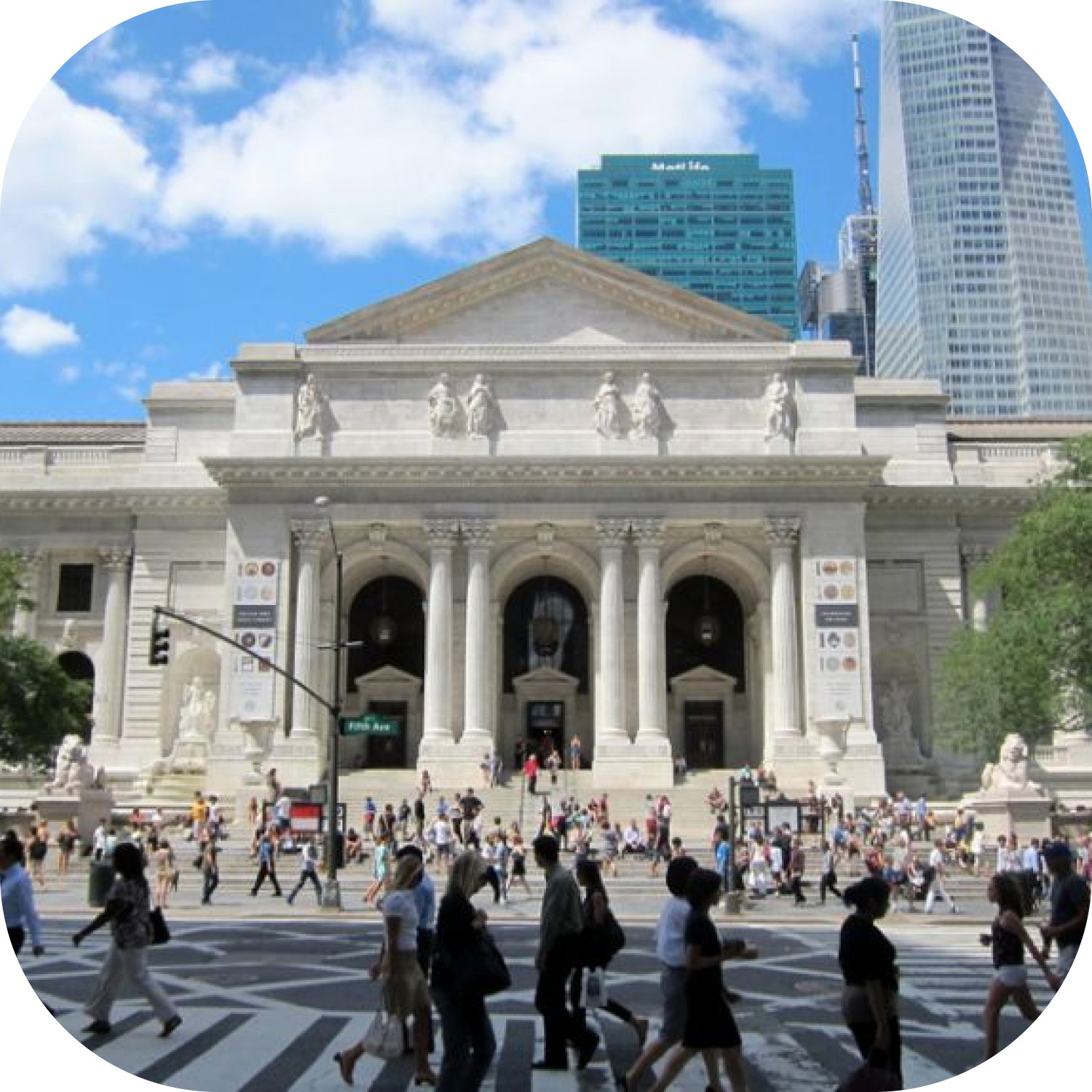 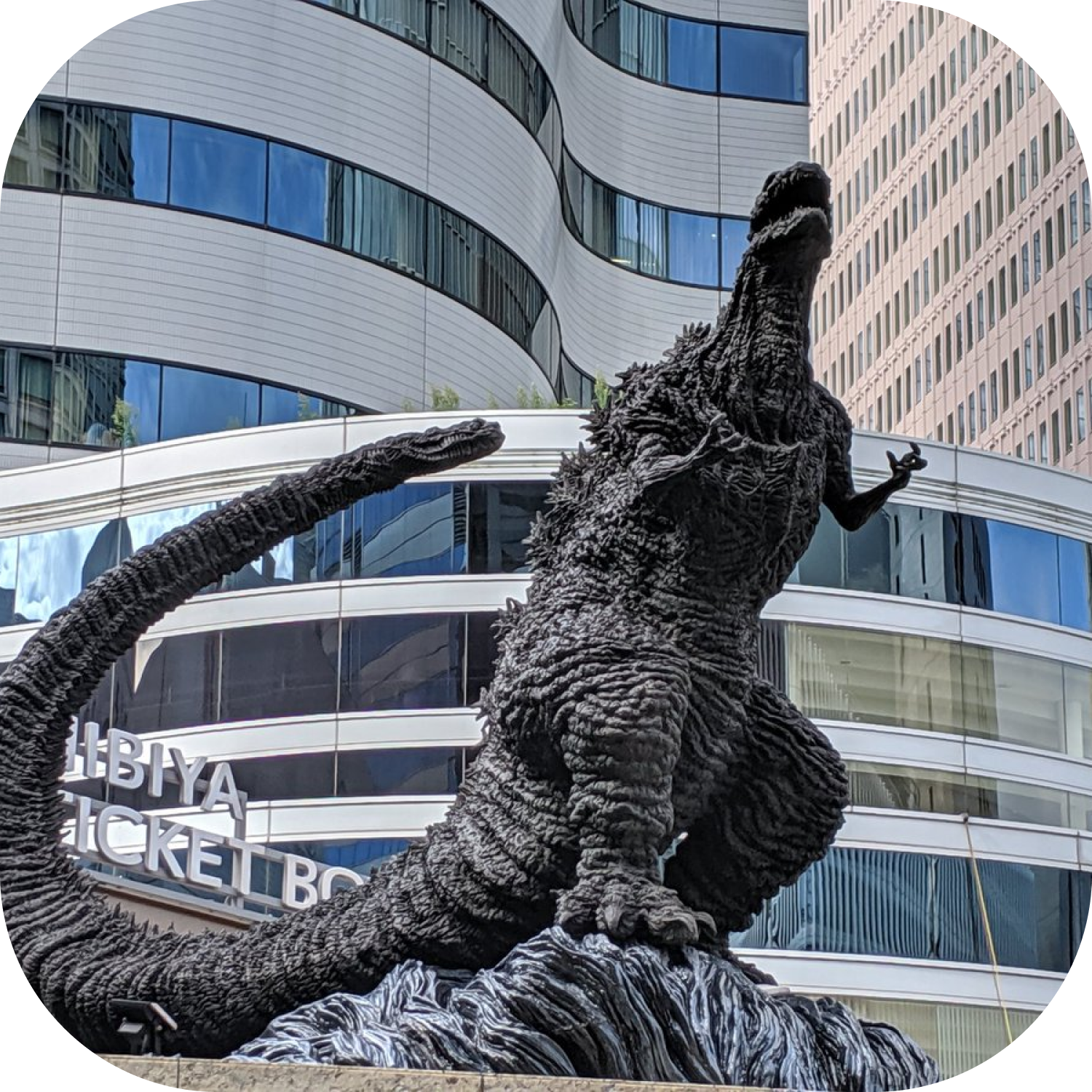 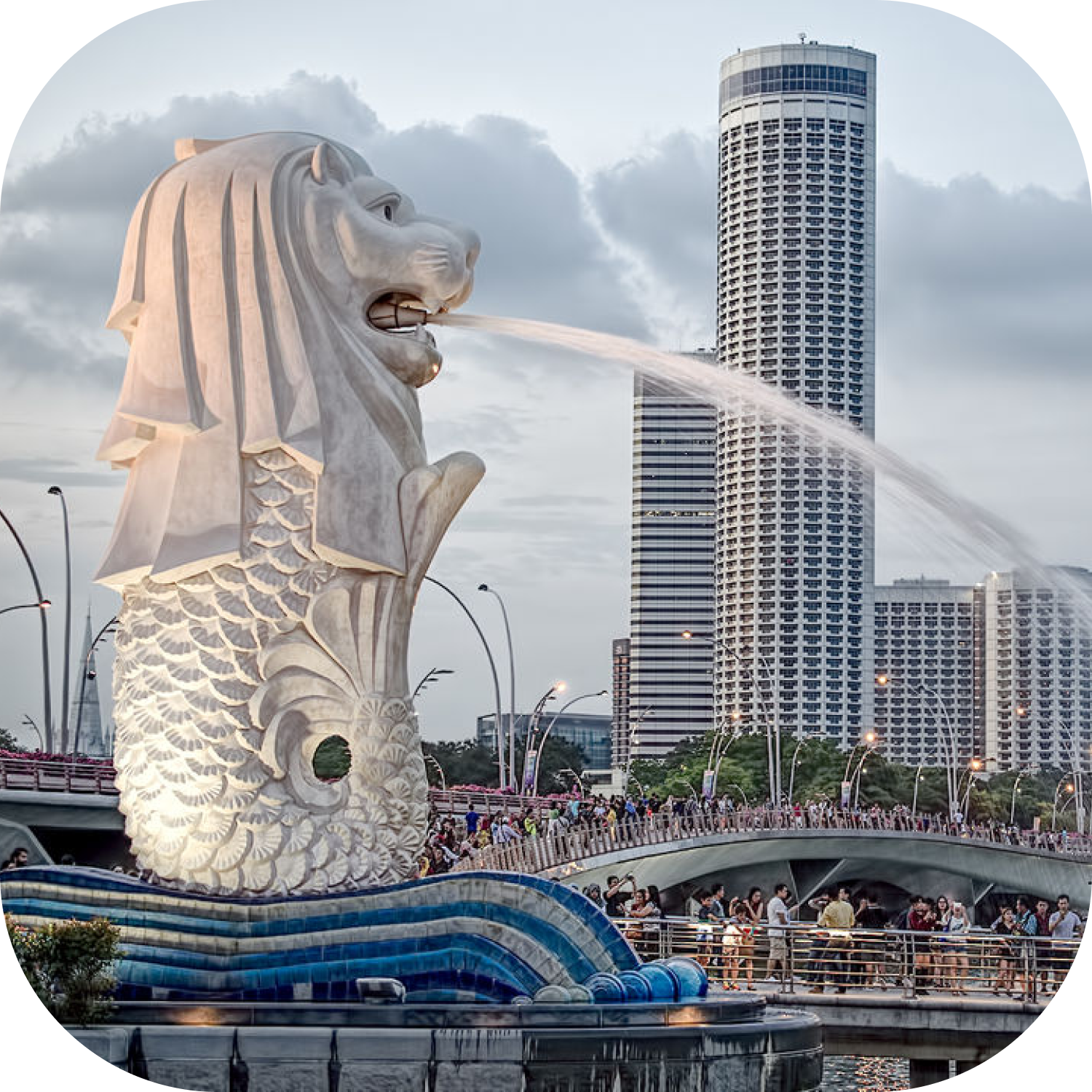 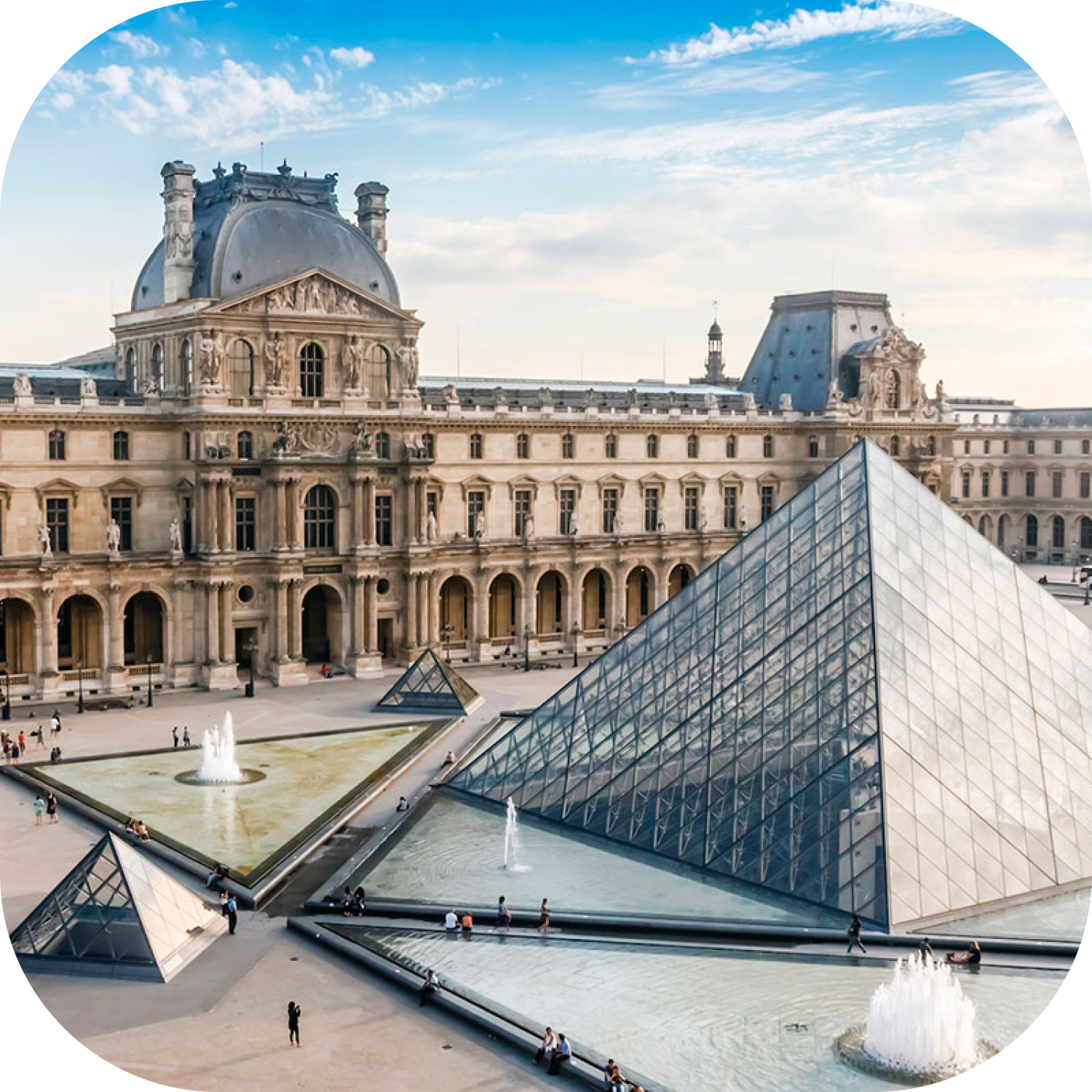 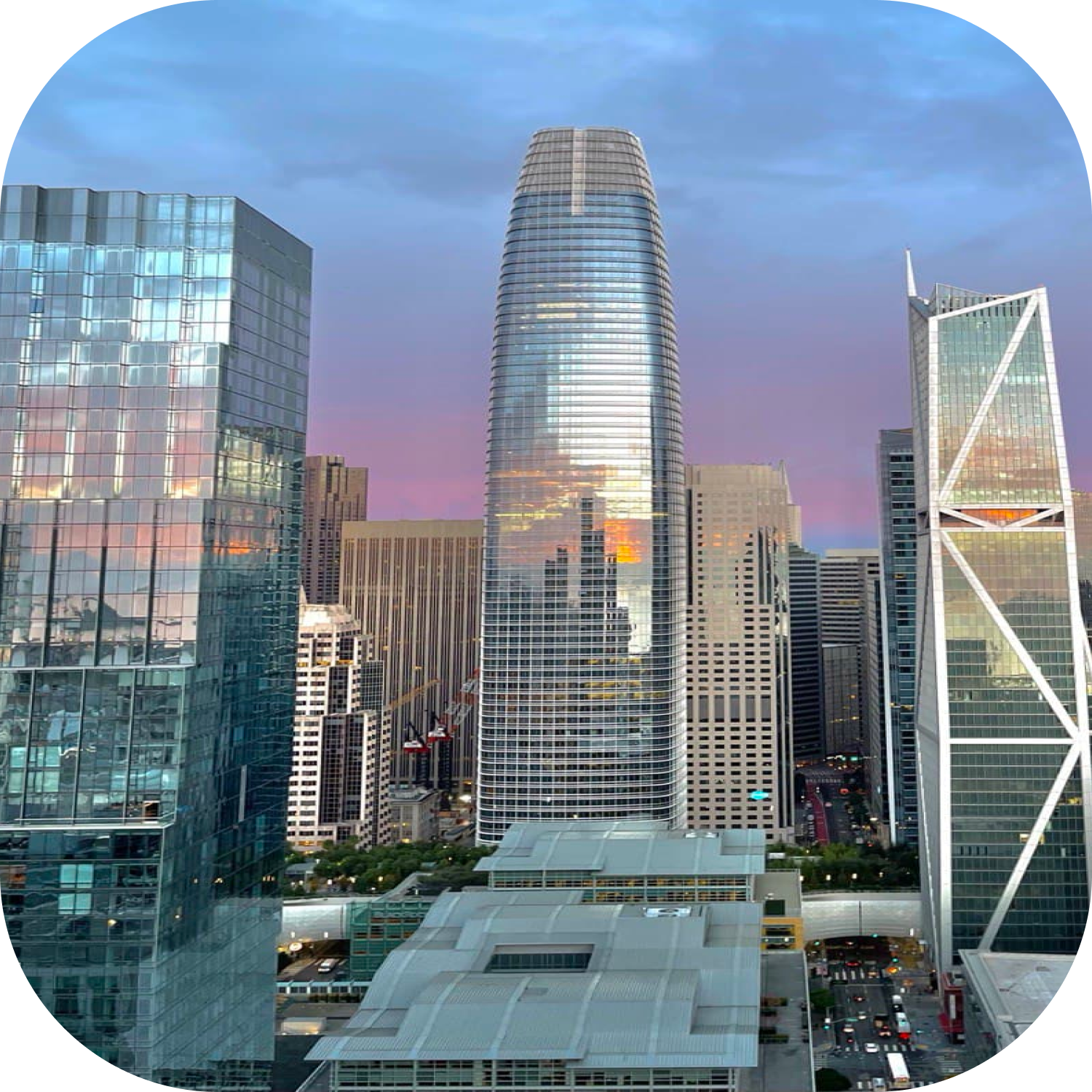 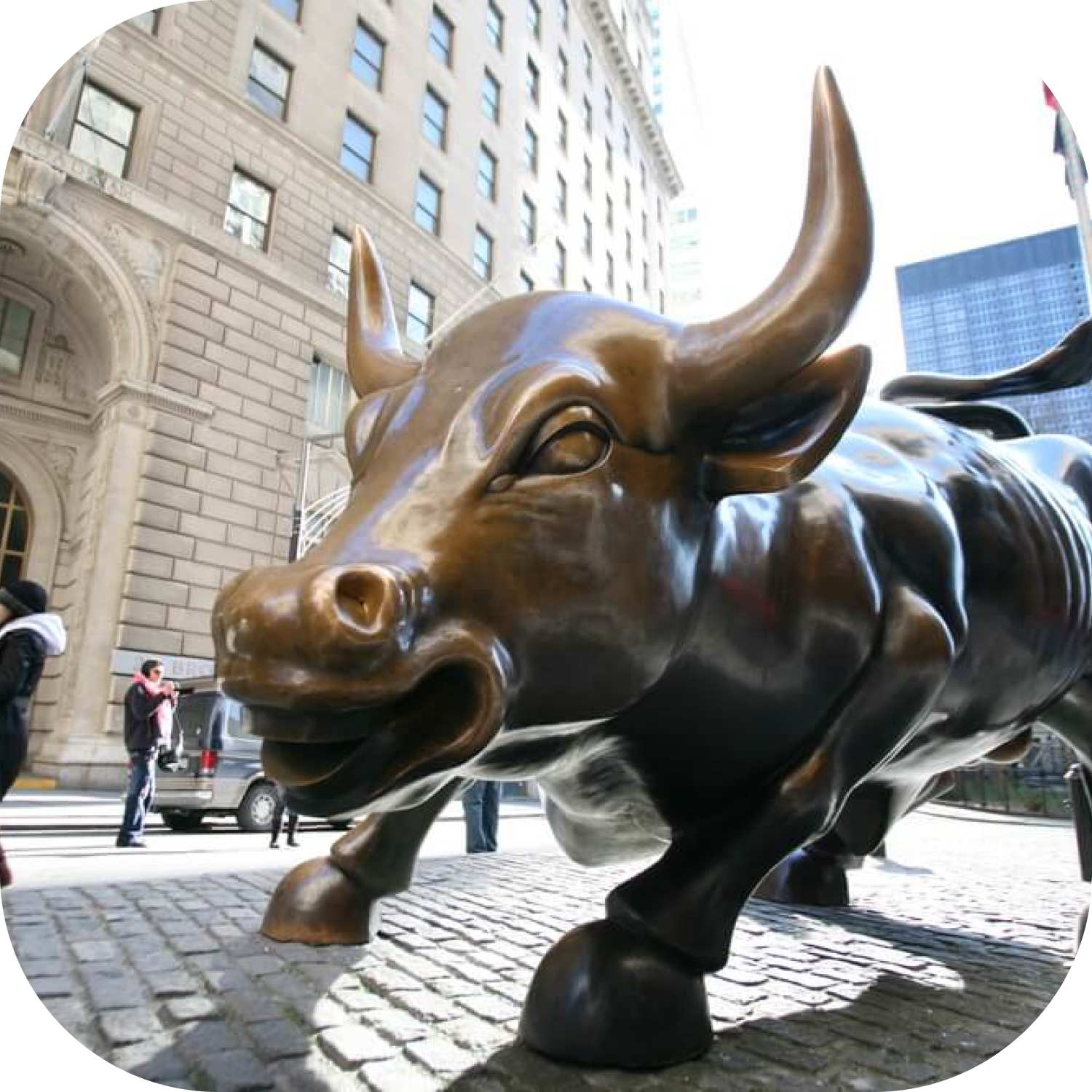 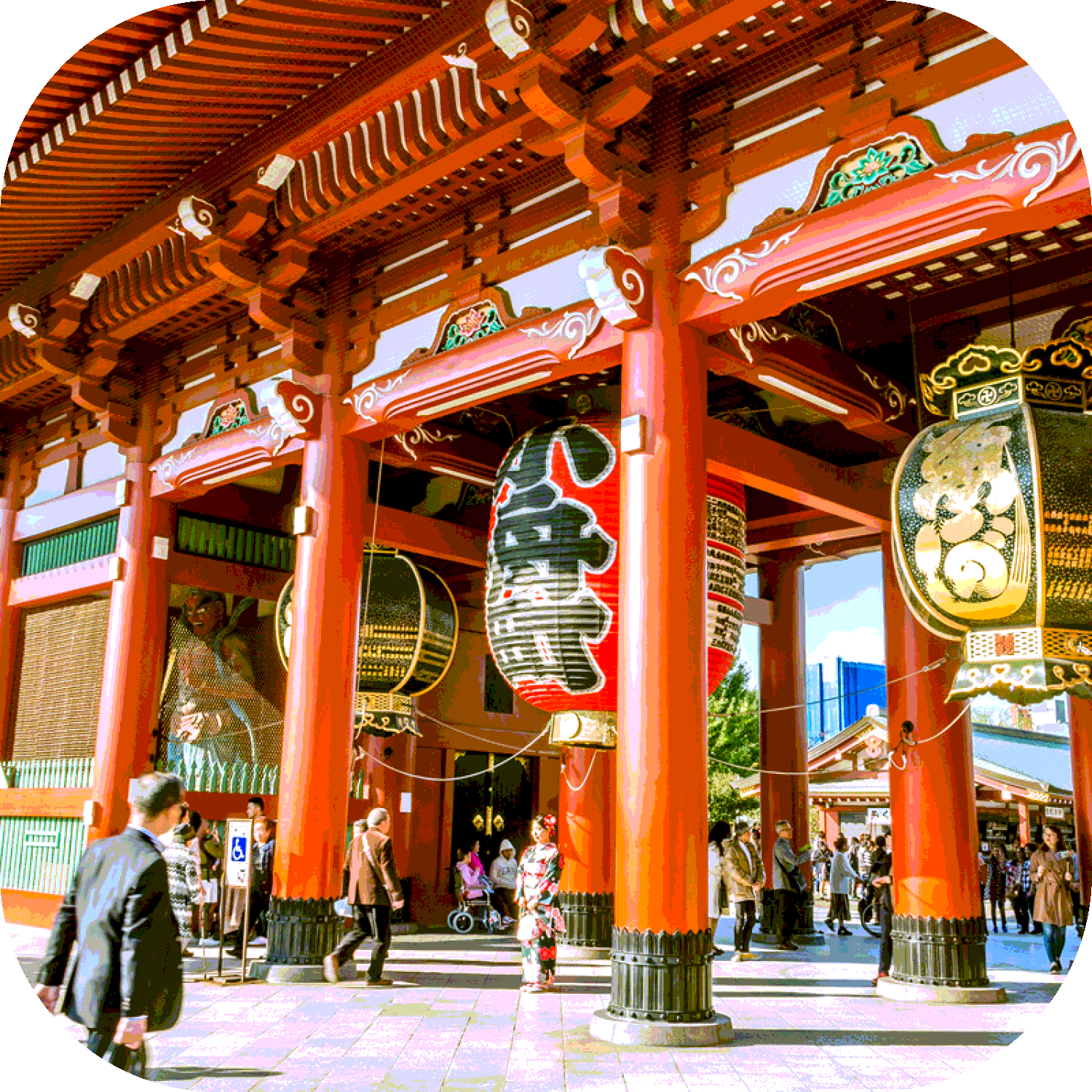 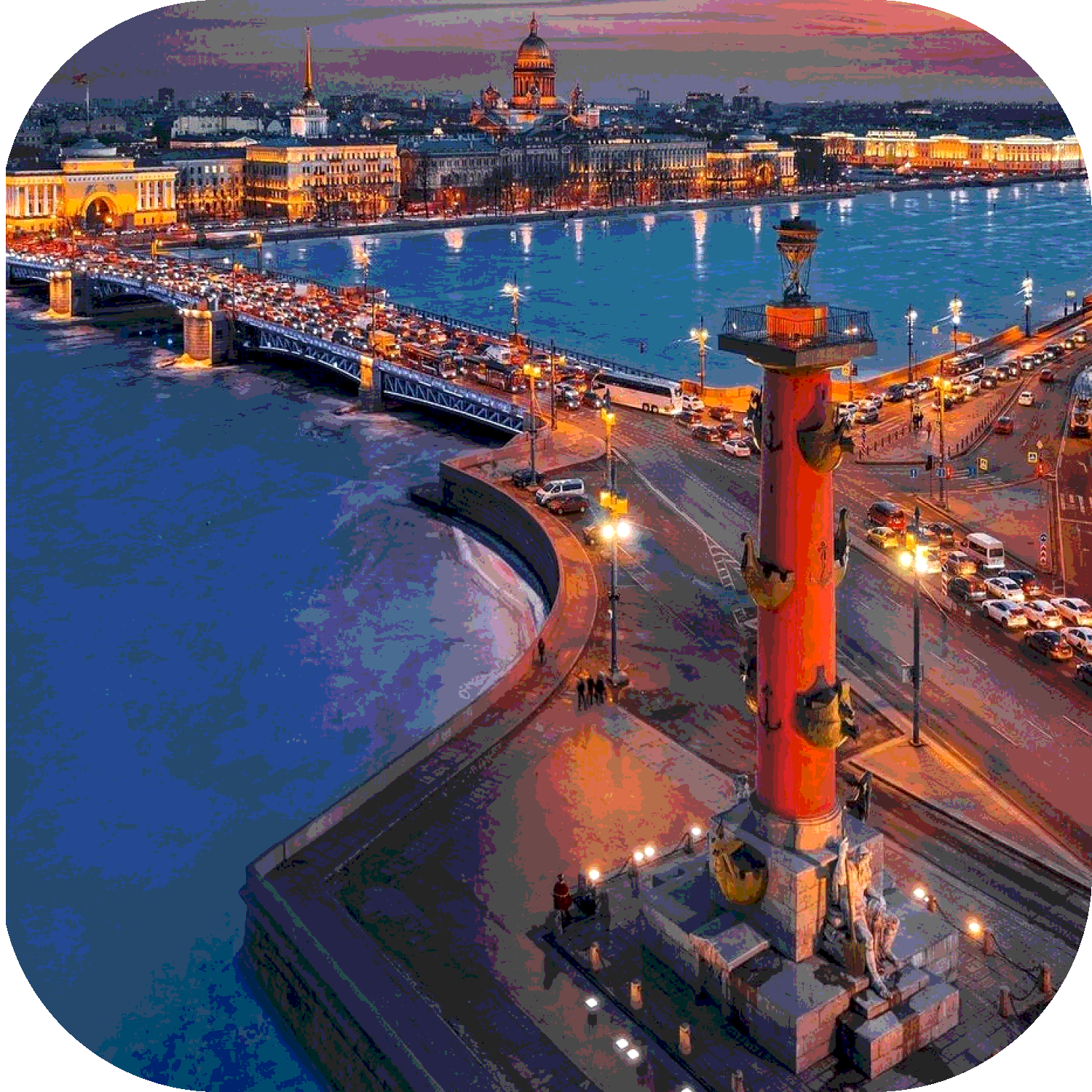 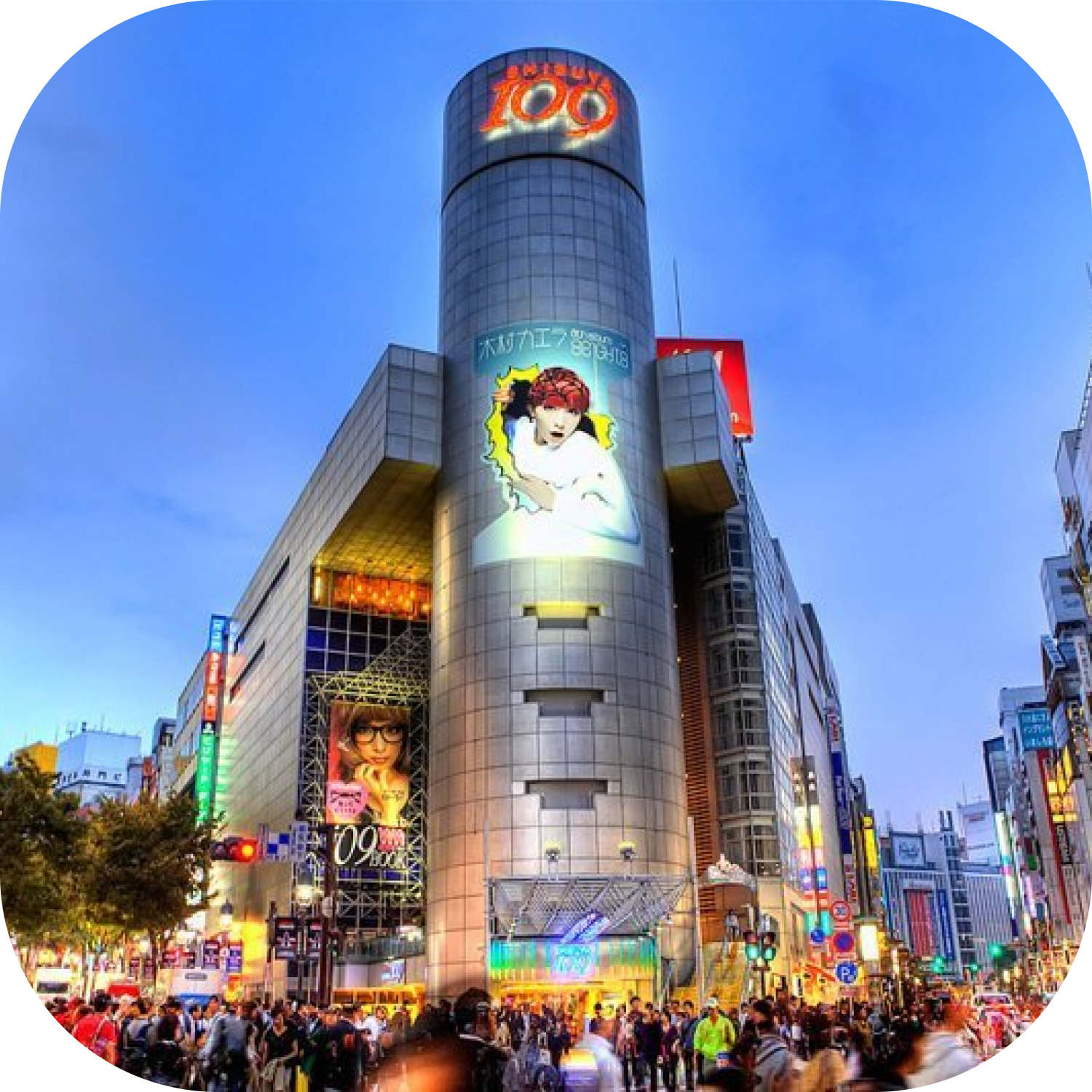 3 Bryant Park
located in the New York City, borough of Manhattan. The park has various activity areas open all day long including board games, chess and backgammon, a putting green and Kubb areas, an Art Cart, ping-pong tables, and Petanque courts.

4 Times Square
Times Square is a major commercial intersection, tourist destination, entertainment center of New York. Times Square is the most visited place globally with 360,000 pedestrian visitors a day, amounting to over 131 million a year.

Tokyo, Japan
From Edo to the iconic Ginza
﻿
Tour itinerary:

1 Tokyo Railway Station
The station was built in the early 20th century, and still decorates the financial heart of Japan - Marunouchi district. From the station to the Imperial Palace just 5 minutes on foot, but even now the appointed ambassadors of other countries must pass this distance to the emperor by carriage.

2 Mitsubishi Ichigokan Museum Patio
We stroll through the place where the legendary Mitsubishi Corporation was shaped in its first years.

1. Marina Bay Waterfront Promenade
The heart of Singapore. You will see famous sights-the Marina Bay hotel, the Museum of art and science, the Helix Bridge. In addition, we will enjoy a beautiful panorama of the historical part of the city and the symbol of Singapore, the mythical creature MERLION

2. Esplanade Bridge and Theatres on the Bay
The theater is one of the best concert halls in the world. Incredible waterfront city with human-sized sculptures that convey the atmosphere and history of this Island.

3. The Float at Marina Bay
One of the largest structures in the world that located on a solid specially designed platform. This floating stadium was used for the opening and closing ceremonies of the 2010 Summer Youth Olympics in Singapore.

4. Helix Bridge
This pedestrian bridge is unanimously recognized as one of the most beautiful in the world. The spiral DNA molecule structure is illuminated at night by bright neon lights.

5. Marina Bay Sands
Architectural wonder not only in Southeast Asia, but the world. Hotel, casinos, stores and Michelin restaurants bring prosperity and success to the country.

1.Pont Alexander III.
The famous bridge has became a symbol of Russian-French friendship. It was created for the exhibition of 1900. It offers a magnificent view of The Eiffel Tower and The National Residence of the Invalids

3. Luxor Obelisk on Concorde square
During the Revolution, Louis 16 and Marie Antoinette were executed here.
We will stroll through the Royal Garden of the Tuileries and go out to the Louvre.

4. Louvre
One of the largest and oldest museums in the world has a huge collection of art and historical relics from all around the world. As a museum, the Louvre was first opened to the public on August 10, 1793, during the French Revolution. Napoleon I continued the reconstruction of the Louvre after the revolution.

5. Bridge of Arts
Then we will reach Seine and admire from the Bridge of Arts on the island of Cité, the place where Paris was founded more than three thousand years ago.

1. We will start our journey at San Francisco's Harborfront Square. It stands on the wreckage of the first gold-digging ships.

2. Then we'll see the world's tallest Hyatt Regency Hotel lobby, peek inside the giant Eclipse sculpture, and see a new dimension in the depths of the black mirror.

3. Next, explore the abstract embodiment of time and other '70s art objects on the multi-level terraces of the Embarcadero Business Center. Come down to earth and walk the streets of the financial centre past the skyscrapers of techno-corporations.

1 Wall Street
Wall Street, the international capital of finance. Why is it called this way, and where did the first inauguration take place?
About this and not only - at the home where the foundations of American statehood were laid.

2 Trinity Church
Neogothic among skyscrapers and its cemetery. How much does America's richest temple earn, what did Alexander Hamilton do for the country, and how did he die?

3 Bull statue
Why keep it and how did it get here? The most famous landmark of the Financial District managed to repel the attack of a rival - the Fearless Girl, who "lives" near the Exchange now.

4 Archaeological site
Through the windows of Goldman Sachs Bank, you can look back in time. Hear what New York used to be called and what the Dutch did here.

5 Federal Reserve Bank
Standing above its gold storage, the guide will explain the bank's functions and the capture of Zuccotti Park 10 years ago.

6 World Trade Center and 9/11 Memorial
Here we will talk about 9/11 and the construction of the new building...
Asakusa, Tokyo
Temple city of Asakusa

1 Sumida river banks, Asahi beer museum and Skytree tower views
Our virtual trip to Tokyo begins in the Eastern part of Tokyo downtown, known as the Asakusa district. Historically it was the center of a so-called «lower city», a part of the capital right outside the walls of Edo castle and an entertainment district. We walk across the Sumida river, which runs through the Central areas of Tokyo, and have a look at the Asahi beer Museum and the tallest tower in the world - Tokyo Skytree.

2 Thunder gate with gods-protectors Fujin and Raijin
At the entrance to the most famous temple gates in the world with a huge paper lantern we meet the protectors and symbols of Tokyo, the deities of Thunder and Wind: Raijin and Fujin.

4 The temple complex of Sensoji
The road brings us to the main buildings of Sensoji temple, which receives about 30 million visitors a year; there are plenty of things to do on the temple grounds: charm shopping, fortune-telling, praying, or contemplating in a small Japanese garden.

5 Asakusa Broadway, Hoppy and Tanuki street stroll
After we leave the temple, we walk through the nearby area with street food and traditional Japanese shops, which is represented as a mix of Middle Ages and Tokyo's 60-s, where visitors can experience the Japan of the past.
St.Petersburg, Russia
Historical center of St. Petersburg. Architecture

1. St. Isaac's Cathedral is a masterpiece that took 40 years to build; the best architects, engineers, sculptors and artists of Russia in the first half of the 19th century worked on its construction and decoration.

2. The Bronze Horseman is a monument to the founder of the city and the first emperor of Russia, Peter the Great.

3. Admiralty Embankment - the embankment of the Neva along the Admiralty building. Here, at the dawn of the city's founding, there were shipyards where merchant and military ships were built. The Baltic fleet and the commercial port are the main reasons for the appearance of the city.

4. Palace Bridge - one of 10 drawbridges across the Neva. Its open spans during the White Nights are an undeniable hallmark of the Venice of the North.

5. Palace Square - the main and largest square in the city. Palace, because locates in front of the Winter Palace, the former official residence of the Russian empresses and tsars, and now one of the buildings of the country's largest museum and one of the largest in the world - the Hermitage.

7. Church of the Savior on Spilled Blood is the popular name for the Church of the Resurrection of Christ on the Griboedov Canal.

1. We will start our journey at the statue of the famous dog Hachiko, who was devoted to his owner for many years after his departure

2. We pass through streets with pachinko slot machines, ramen noodle cafes, and izakaya taverns. We will visit Dogenzaka - the hill of love with its love hotels and unusual atmosphere.

3. Walk out to Shibuya 109 – Home of Tokyo's Youth Fashion Scene

4. We will see the world's busiest crossroads, which has been featured in many movies.

5. We'll stop by an old 1960s-style bar street and return to the city's central train and subway station in Shibuya 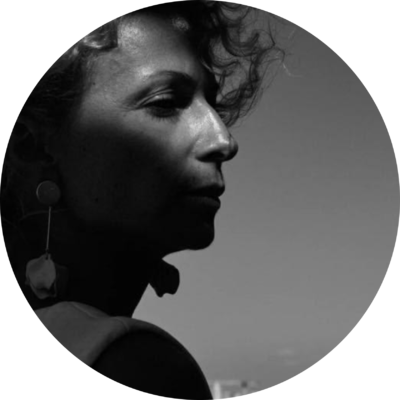 "It was a very interesting experience and a great opportunity for our Team consisting of 24 countries to hold corporate events. Curious, unusual and very relevant to the motivation and inspiration of the team)"
Internal Communications Manager 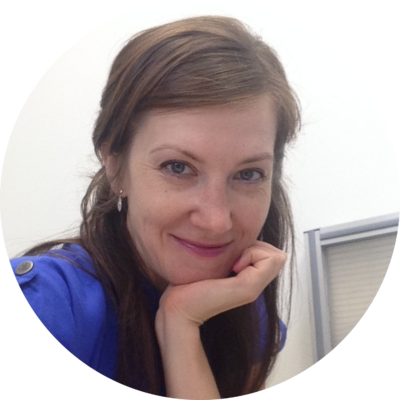 RELIABLE AND TRUSTED BY 200+
﻿lNTERNATIONA﻿L COMPANIES

"We loved the experience: the format, dynamics, professional attitude, everything was great!
Some of us joined with kids (known to be the strictest audience), who also enjoyed the event a lot."
You can also send us an email to support@wind4tune.com
START BOOKING